The Union of the Associations for the Values of the National Liberation Movement of Slovenia (ZZB NOB): About Us

The Union of the Associations for the Values of the National Liberation Movement of Slovenia (ZZB NOB Slovenia) strives to keep Slovenians permanently linked with the values that provided Slovenia a victorious force in past ordeals, in particular during the World War II. It is one of the most numerous civil society organisations in Slovenia, and since 1993 it is also a full member of the World Veterans Federation (WVF). It has a status of an organisation acting in the public interest in the fields of war veterans, victims of war violence (exiles, internees, stolen children, political prisoners, prisoners) and war cemeteries. It is organised throughout the Slovenian territory with its structure adjusted to “cover” all units of territorial organisation of people. Current president: Marijan Križman.

Every citizen of the Republic of Slovenia may be a member of the ZZB NOB Slovenia. In addition to the still living National Liberation Movement combatants and activists, victims of war violence and other participants in the 1941–1945 National Liberation Movement, a member may be any person who has a respectful, positive attitude to the National Liberation Movement and is prepared to participate in endeavours to assert the values of this fight. These values are in particular: patriotism, latitude, anti-Nazi-Fascism (fighting new forms of Nazism and Fascism), national sovereignty, comradeship, equality, solidarity, humanity, honesty, social justice and all other values that provide respect for human rights. All these basic rights are written in the solemn declaration of the Slovenian National Liberation Council on the rights and obligations of the Slovenian nation of 19 February 1944.

Organisation: currently (in 2016), the Federation has 82 collective members, i.e. associations which are divided into 705 local organisations and linked with 14 regional councils. There are 42,000 members in the associations. The main body of the Federation is the lead Committee, while the Executive Body is the presidency with the council, committees and boards with their consultative role in individual fields. The Federation through its criticism and proposals actively cooperates with government bodies, as well as veteran organisations of 1911 and other groups in the matters of joint interest. The basic organisational unit is the Association for the Values of the National Liberation Movement. The associations are registered as independent associations operating in the areas of all administrative units in Slovenia. Anyone who wants to become a member may register in the respective local association. The Slovenian associations are combined in the Union of the Associations for the Values of the National Liberation Movement of Slovenia.

Publishing activity: from its establishment to 1990, three book collections were created with its cooperation. They are dedicated to the history of National Liberation Movement, with over 120 books published. It publishes a monthly magazine Svobodna beseda (Free Word), the successor of the magazine Svobodna misel (Free Thought) and TV-15 gazette which in particular deals with historical topics of World War II. It also has a web page, Facebook, Twitter, and occasionally publishes a chronicle and other publications. In the past, it was a publisher of Borec magazine, which is now taken over by the Sophia publishing house and published two or three times a year.

The Union of the Associations for the Values of the National Liberation Movement of Slovenia through its diverse activities strives to preserve and strengthen a respectable memory of the fight of the Slovenian nation during the World War II and consolidate national self-confidence. With its operation it wants to promote Slovenian statehood and aims at democracy, patriotism and strength of character in international relationships. It also aims at reconciliation dialogue about the past and respect of historical truth on the gravest times of Slovenian nation and at reconciliation of all Slovenians.

Information on the location on Google Maps:

This website uses cookies to improve your experience while you navigate through the website. Out of these, the cookies that are categorized as necessary are stored on your browser as they are essential for the working of basic functionalities of the website. We also use third-party cookies that help us analyze and understand how you use this website. These cookies will be stored in your browser only with your consent. You also have the option to opt-out of these cookies. But opting out of some of these cookies may affect your browsing experience.
Necessary Vedno omogočeno
Necessary cookies are absolutely essential for the website to function properly. This category only includes cookies that ensures basic functionalities and security features of the website. These cookies do not store any personal information.
Non-necessary
Any cookies that may not be particularly necessary for the website to function and is used specifically to collect user personal data via analytics, ads, other embedded contents are termed as non-necessary cookies. It is mandatory to procure user consent prior to running these cookies on your website.
SAVE & ACCEPT 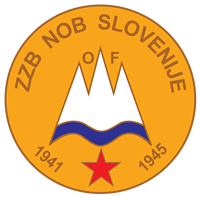